Fresh off the Press: Tales of Arrissia - An RPG Adventure 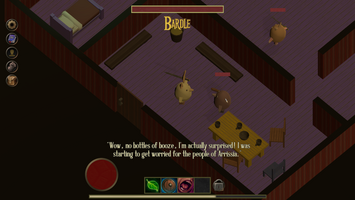 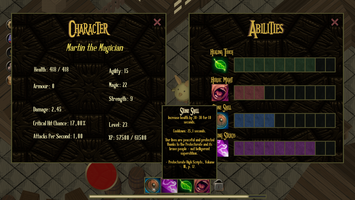 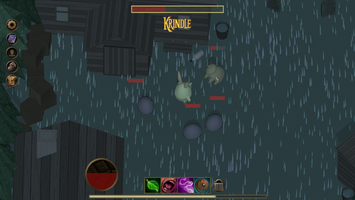 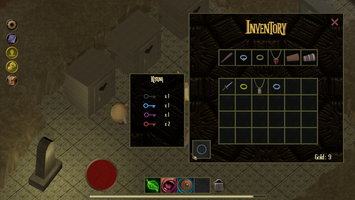 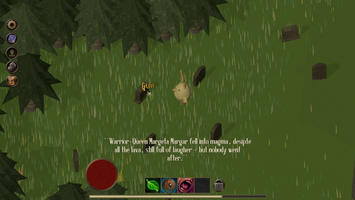 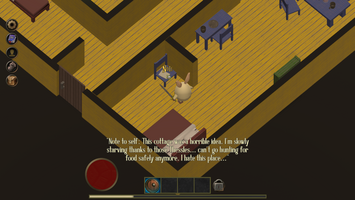 I've been working on this title, my first proper RPG game, for just about nine months now.

It is with pride that I can, in good conscience, shove ToA- or rather its demo - out into the cruel, cold world. I feel that the game is ready to stand on it's own two feet... or whatever it is that games use to walk around with. Er. Riiiiiiight... Point being, I think it's ready to be judged on its own merits. Have a read through the manual, too. The full game will arrive shortly.

Why the demo? Well, for a few reasons:

I've been programming mostly in C# since around mid 2016. I've dabbled with Python as well, and have also been getting into Java. As for databases, well, XML is currently my go-to. I don't require anything over-the-top - I am but a humble pixel wizard. Aside from that, I'm an avid fan of RPGs and stories. I was that kid who read The Lord of the Rings in fifth grade - before the movies came out. Dungeons and Dragons - !#@% yeah! Baldur's Gate? Got it when it came out, for my birthday. I don't mean to sound like some snobby know-it-all ponce, I just want to convey where I'm coming from.

The Development, in Short

This game's been developed with the Unity engine,  which I picked up ealry-mid 2017. I've proudly written all my own scripts in C#, but let Unity handle things like physics and rendering (but that's not to say I'm against writing my own engine sometime). I wrote the story, lore, etc (about 35k words in total) and enjoyed that grueling, never-ending tunnel of work.

Luckily I had a little bit of help on hand, Elina Satola (over at https://www.artstation.com/elinasatola) made all those lovely models. The music you hear is by the talented Antti Luode (at http://anttismusic.blogspot.come). There are a couple of others whose work has gone into the project (SFX, some of the icon and UI textures, progress bar materials and fonts), who you can find in both the game's credits in-game and the manual.

Anyways. I wanted to say hi, as a developer, and also bid you a fond welcome to the world of Arrissia, should you decide to check it out. The game's page is a good place to find out more about the game.

This will most certainly not be my last RPG effort, and I've already got all sorts of ideas for the next one. Most centrally, I'd like to double down on the story side (more immersive dialogue being a top priority) and head into the lands of tactical, turn-based combat with lots of abilities.

Get Tales of Arrissia: The Demo

Tales of Arrissia: The Demo